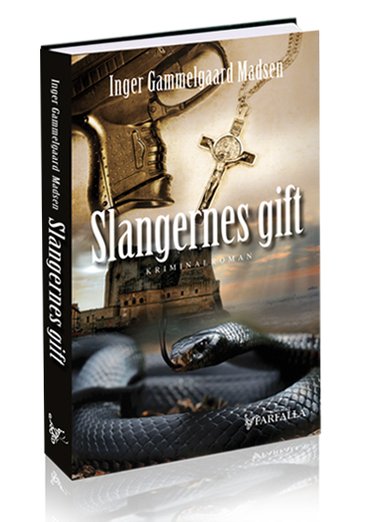 Slangernes gift (Poison of the Snakes)

The 7th  volume in the Rolando Benito series.

Detective sergeant Roland Benito is on vacation in Naples with his family when an unknown Danish man contacts him in a café. The man is looking for his daughter who has disappeared during a diving trip to Italy and was last known to be on her way to Sicily.

Although Roland has enough on his plate trying to help his own daughter, who is also in danger, he is forced onto the case where he is confronted with a being that he has been struggling to forget. He is confronted not only with his own cruel past but also with that of his murdered father. Roland feels the poison of the snakes and learns by disastrous experience that the mafia never forgets.